“This technology requires organizational learning in both electrical engineering and IT. As the commercialization partner in the Synchrophasor ARENA project, a key objective is to make this technology commercially viable for other businesses to deploy and capitalize on the network control benefits it brings,” continued O’Sullivan.

“With our data acquisition and network infrastructure in place, we are ready to work with DNSPs and Electrical Infrastructure operators who wish to gain organizational learning in this new frontier of network control. The technology can harness existing Recloser installations, reducing the barrier to entry for business aiming to build capabilities in network digitization.”

Presentation of the AEEA Award: 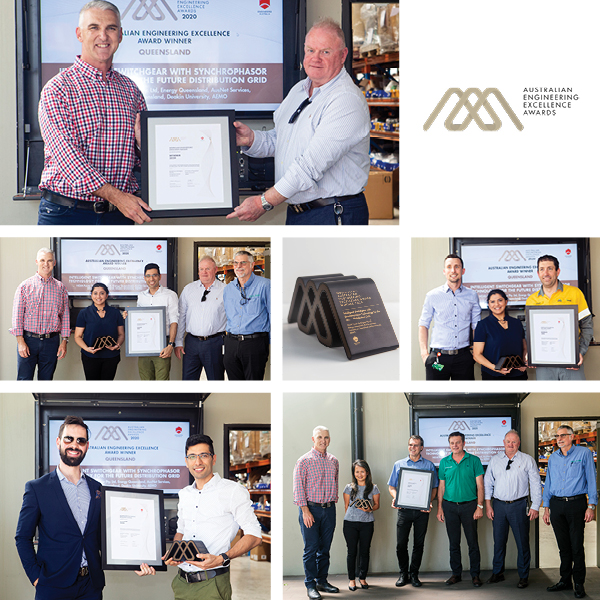 The Value of Synchrophasors

From a technical perspective, Synchrophasor technology is high resolution and precision data capture of the energy flows on the distribution grid, timestamped with nano-second tuned GPS time. 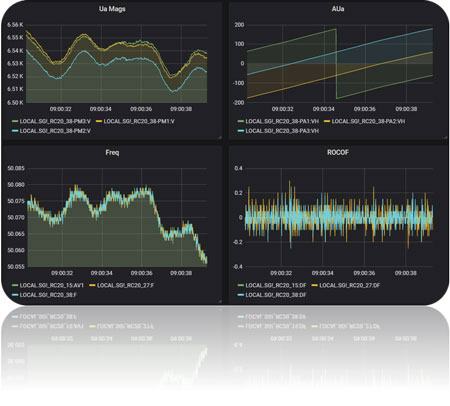 These “Synchronised Phasors” are captured throughout the grid, allowing utilities to gain visibility of currents, voltages and phase angles more than 100 times more detailed than existing technologies. This data is aggregated from across the network in a single device, a Phasor Data Concentrator.

NOJA Power’s deliverables from the Synchrophasor project include both the hardware for acquiring data, and the IT infrastructure for warehousing, storing and analysing the aggregated information.

This combined platform is now available for utilities and private infrastructure operators looking to gain capabilities in network digitization and Synchrophasor technology.

As the data levels are orders of magnitude greater than legacy technologies, NOJA Power’s objectives are to make the technology accessible to all operators regardless of IT sophistication. The platform allows users to begin harvesting large scale grid data, providing utilities with intimate knowledge of their network assets over time, enriching network models and providing a platform for growth into a digitized, decentralized and decarbonized grid.